Congratulations to the team! And at Aurorasaurus we are especially excited about the contributions by citizen scientists! We look forward to learning more about STEVE as these collaborations continue.

In 2018, a new aurora-like discovery struck the world. From 2015 to 2016, citizen scientists reported 30 instances of a purple ribbon in the sky, with a green picket fence structure underneath. Now named STEVE, or Strong Thermal Emission Velocity Enhancement, this phenomenon is still new to scientists, who are working to understand all its details. What they do know is that STEVE is not a normal aurora – some think maybe it’s not an aurora at all – and a new finding about the formation of streaks within the structure brings scientists one step closer to solving the mystery.

“Often in physics, we build our understanding then test the extreme cases or test the cases in a different environment,” Elizabeth MacDonald, a space scientist at NASA’s Goddard Space Flight Center in Greenbelt, Maryland, explains. “STEVE is different than the usual aurora, but it is made of light and it is driven by the auroral system. In finding these tiny little streaks, we may be learning something fundamentally new in how green auroral light can be produced.”

These “tiny little streaks” are extraordinarily small point-like features within the green picket fence of STEVE. In a new paper for AGU Advances, researchers share their latest findings on these points. They suggest the streaks could be moving points of light – elongated in the images due to blur from the cameras. The tip of the streak in one image will line up with the end of the tail in the next image, contributing to this speculation from the scientists. However, there are still a lot of questions to be answered – determining whether the green light is a point or indeed a line, is one extra clue to help scientists figure out what causes green light.

“I’m not entirely sure about anything with respect to this phenomenon just yet,” Joshua Semeter, a professor at Boston University and first author on the paper, said. “You have other sequences where it looks like there is a tube-shaped structure that persists from image to image and doesn’t seem to conform to a moving point source, so we’re not really sure about that yet.”

Two different angles of distinctive green streaks below a STEVE event on Aug. 31, 2016, near Carstairs, Alberta, Canada. Recent research about the formation of these streaks is allowing scientists to learn more about this aurora-like phenomenon.
Credits: Copyright Neil Zeller, used with permission

STEVE as a whole is something that scientists are still working to label. Scientists tend to classify optical features in the sky into two categories: airglow and aurora. When airglow occurs at night, atoms in the atmosphere recombine and release some of their stored energy in the form of light, creating bright swaths of color. By studying the patterns in airglow, scientists can learn more about that area of the atmosphere, the ionosphere. To be classified as a typical aurora, on the other hand, that release of light must be caused by electron bombardment. These features are formed differently but also look different – airglow can occur across Earth, while auroras form in a broad ring around Earth’s magnetic poles.

“STEVE in general appears to not conform well to either one of those categories,” Semeter said. “The emissions are coming from mechanisms that we don’t fully understand just yet.”

STEVE’s purple emissions are likely a result of ions moving at a supersonic speed. The green emissions seem to be related to eddies, like the ones you might see forming in a river, moving more slowly than the other water around it. The green features are also moving more slowly than the structures in the purple emissions, and scientists speculate they could be caused by turbulence in the space particles – a brew of charged particles and magnetic field, called plasma – at these altitudes.

“We know this kind of turbulence occurs. There are people who base their entire careers on studying turbulence in the ionospheric plasma formed by very rapid flows.” Semeter said. “The evidence generally comes from radar measurements. We don’t ever have an optical signature.” Semeter suggests that when it comes to the appearance of STEVE, the flows in these instances are so extreme, that we can actually see them in the atmosphere.

“This paper is the tip of the iceberg in this new area of these tiny little pieces of the picket fence. Something we do in physics is try to chip away to increase our understanding,” MacDonald said. “This paper establishes the altitude range and some of the techniques we can use to identify these features, then they can be better resolved in other observations.”

To establish the altitude range and identify these features, the scientists extensively used photos and videos captured by citizen scientists.

“Citizen scientists are the ones who brought the STEVE phenomenon to the scientists’ attention. Their photos are typically longer time lapse than our traditional scientific observations,” MacDonald said. “Citizen scientists don’t get into the patterns that scientists get into. They do things differently. They are free to move the camera around and take whatever exposure they want.” However, to make this new discovery of the points within STEVE, photographers actually took shorter exposure photographs to capture this movement.

To get those photographs, citizen scientists spend hours in the freezing cold, late at night, waiting for an aurora – or hopefully STEVE – to appear. While data can indicate if an aurora will show up, indicators for STEVE haven’t been identified yet. However, the aurora chasers show up and take pictures anyway. 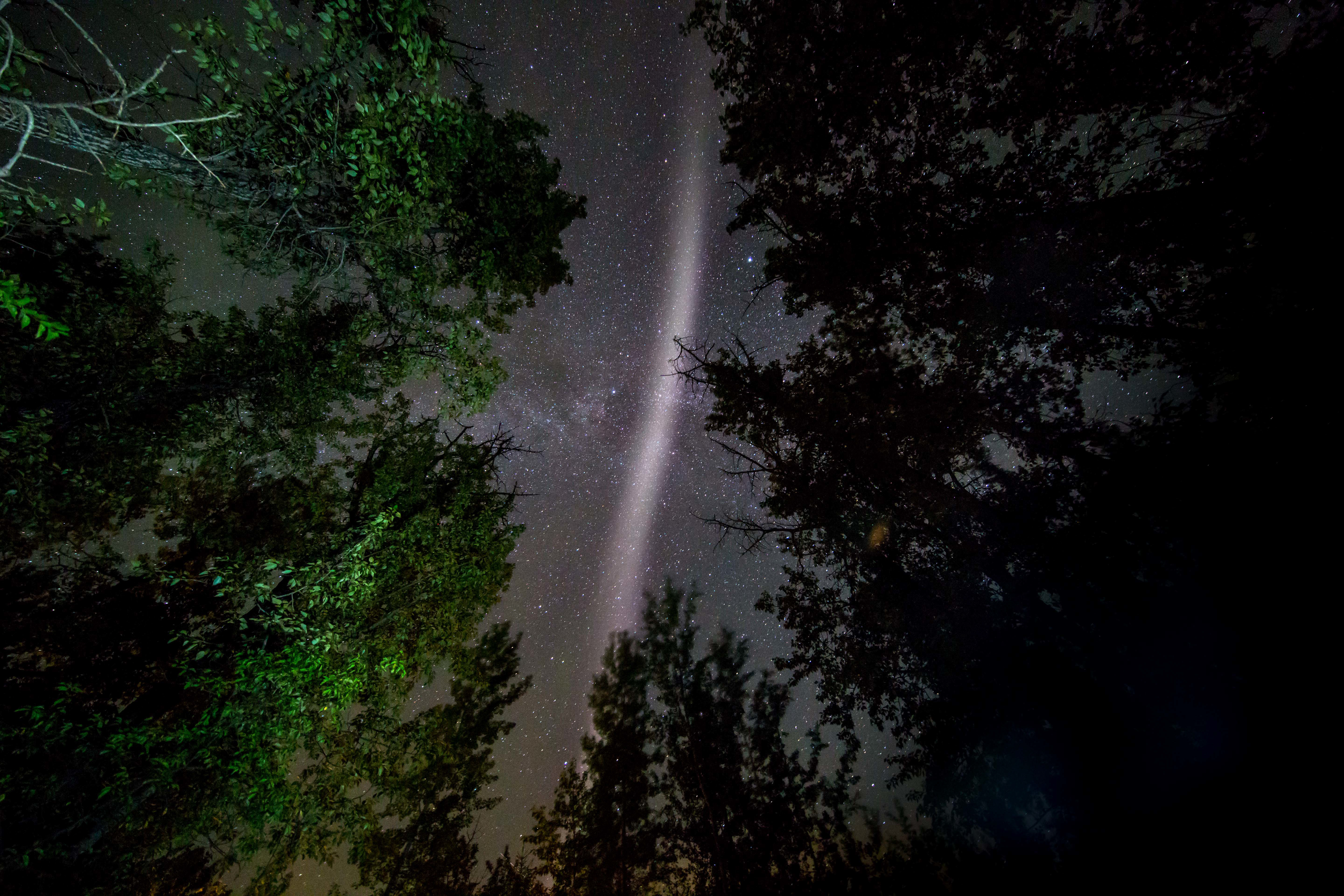 Neil Zeller, a photographer and co-author on the paper, says he didn’t originally plan to be a citizen scientist. “It was just for the beauty of it,” Zeller explained. Zeller has been involved with the discovery of STEVE from the start. He showed a picture he took of STEVE to scientists years ago, sparking the first research into the phenomena. Now he’s a co-author on this paper.

“It’s an honor, it really is,” Zeller said about contributing to this research. “I tend to take a step back from the scientists doing the work. I’m out there for the beauty of it and to capture these phenomena in the sky.”

This paper also made use of another valuable citizen scientist contribution – a volunteer database of STEVE observations. Michael Hunnekuhl, another author on the paper, maintains this database and has contributed to STEVE findings in the past. Hunnekuhl noticed the streaks in the photographs independently of the scientists on the paper, and his detailed record and triangulation techniques were pivotal in this research.

Zeller, Hunnekuhl, and other citizen scientists plan to keep taking and examining those pictures, capturing the beauty of Earth’s atmosphere, and MacDonald, Semeter, and other scientists will keep studying them, uncovering more about this new phenomenon.